Not able to bring your class to one of our wonderful centres at the moment? Our digital and outreach packages are the perfect way for your students to experience FSC’s fabulous geography fieldwork.

Find out about our virtual geography field trips, digital and outreach geography courses 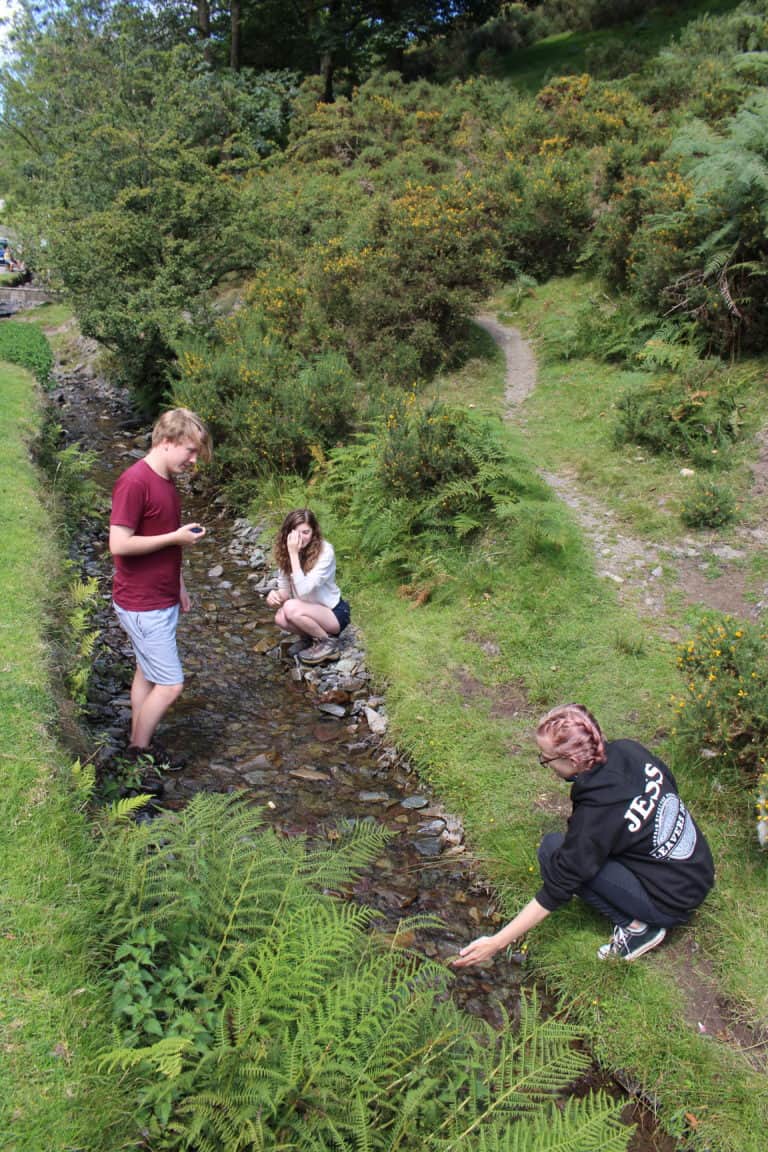 FSC GCSE Geography Fieldwork can take place in these environments:

Coastal – where the land meets the sea, the UK’s coastline is over 7500 miles in length, and it’s a place that’s always changing through erosion, transportation and deposition
Rivers – constantly changing, water levels rise and fall after rain and with the seasons. Erosion, transportation and deposition can all alter the characteristics of the channel and the regime of the river
Rural – areas which have experienced dramatic changes in the last 30 years, including counter-urbanisation, changing farm practices and the decline of rural services
Urban – towns and cities have experienced dramatic changes in the last 30 years, including pressures from out of town shops, economic challenges, changing function and the decline of the high street

FSC A Level or AS Geography Fieldwork can take place in these environments:

Coastal –  UK’s most dynamic environments, influenced by many physical and human forces, with dramatic consequences for the people who live there
Glaciation – although the UK’s last glaciers disappeared around 10,000 years ago, the post-glacial landscape of the UK still provide plenty of evidence for the action of estimating ice and meltwater in both the uplands and lowlands
Water & Carbon – size of stores and flows in the water and carbon cycles at a local scale, such as small drainage basin, woodland or peat bog
Place – changing socio-economic and demographic characteristics of local places, plus the cultural meanings and representations attached to different places
Investigations – at a local scale to consider place meaning and representation changing economic function and socio-demographic characteristics of places

An FSC GCSE fieldwork course offers the opportunity to complete the fieldwork requirements at GCSE. Fieldwork will be rooted within specification content.
Each of the two occasions of fieldwork will engage in two contrasting locations, investigatingphysical and human environments.
FSC can provide background information to assist schools in completing the fieldwork statement.

With the move from controlled assesment to fieldwork assessed by examination at GCSE, FSC has been working on ways to ensure that a students’ geography fieldwork course is fit for purpose and ‘exam ready’.

FSC’s expert field teachers will lead the teaching in real world locations to ensure students gain the transferable skills and understanding associated with the six stages of the fieldwork enquiry process. This will help them with the geography fieldwork related exam questions which are worth 15% of total marks, covering unfamiliar contexts as well as student’s own familiar fieldwork experiences.

25% of the overall GCSE qualification is based on Assessment Objective 4; Select, adapt and use a variety of skills and techniques.

Fieldwork enquiries will be rooted within the specification content, of individual awarding organisations:

An FSC AS Geography Fieldwork course can help to:

AS Geography fieldwork is assessed by examination. Fieldwork provides the perfect opportunity for quantitative and qualitative skill development worth up to 30% of total marks.

An FSC A level Geography Fieldwork courses can help to:

Students will be required to complete the fieldwork necessary with the skills needed to tackle their non-examined assessment. During an FSC field trip, the geography field work course will prepare the students for their independent investigation.

Two Approaches for A Level Geography

Specific geography fieldwork courses have been developed for those studying A level geography for the specifications taught from September 2016 onwards. FSC has strong working relationships with awarding Organisations, we are regularly turned to in order to provide fieldwork expertise.